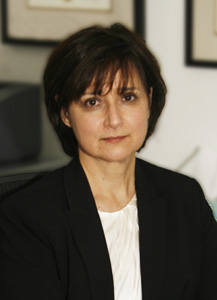 Ms. Rosenfeld is a 1979 graduate of the University of California at Davis. She received her Juris Doctorate from the University of the Pacific, McGeorge School of Law in 1982 and was subsequently admitted to practice in California.  Ms. Rosenfeld has represented labor unions and employee benefit plans since 1984 and currently heads the firm’s labor litigation practice.

She often serves as counsel to international and local unions and Taft-Hartley trust funds in complex litigation before federal and state courts. She participated in the successful appeal of a million-dollar judgment against a union based on an employer’s strike-related defamation claim in Steam Press Holdings, Inc. v. Hawaii Teamsters (9th Cir. 2002). In Balcorta v. Twentieth Century Fox Film Corp. (9th Cir. 2000), Ms. Rosenfeld successfully argued that a union’s collective bargaining agreement did not preempt an individual member’s claim against his employer for violations of the California Labor Code.

Ms. Rosenfeld regularly represents unions and their members before arbitrators, the NLRB, the EEOC, and other administrative agencies. Ms. Rosenfeld is an active member of the Labor and Employment Sections of the ABA, California and Los Angeles County Bar Associations, the Federal Bar Association, and the AFL-CIO’s Lawyers Coordinating Committee.