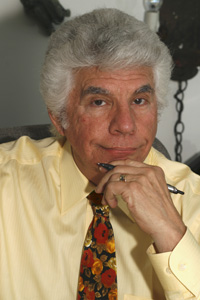 Mr. Wohlner is a 1965 graduate of the University of Iowa. He received his Juris Doctorate from Creighton University School of Law in 1968 and was subsequently admitted to practice in California. He initially worked for the California Attorney General’s office from 1968 through 1972.

In 1973, Mr. Wohlner joined the union-side labor practice of Schwartz Steinsapir & Dohrmann in Los Angeles. From there, he joined Wohlner Shelley & Young and, in October 1985, became a founding partner in Wohlner Kaplon Cutler Halford & Rosenfeld.

Mr. Wohlner has represented labor unions and Taft-Hartley Trust Funds, including serving as Plan counsel for the UFCW Allied Trades Trust, for over thirty five (35) years. His practice includes a heavy concentration in the grocery industry, as well as labor negotiations, administrative practice, and litigation in all areas of the firm’s private and public sector clients.

Mr. Wohlner has served frequently as a guest lecturer for the State Bar’s Continuing Legal Education series on labor and employment matters. He is a published author; an article in the Pepperdine Law Review entitled “The Evolving Doctrine of Union Liability for Health and Safety in the Workplace: Collective Bargaining can be Hazardous to Your Union’s Health” appeared in 1987. Mr. Wohlner frequently volunteers his time as a Legal Advisor to high school students participating in the Ventura County School District’s Law Academy mock trial program.

In 2012, Mr. Wohlner was inducted into the nationally prestigious College of Labor and Employment Lawyers which honored his distinguished career in the practice of labor law.

Outside work, Mr. Wohlner’s interests are varied; he is truly a “Renaissance Man.” Those who have enjoyed the realistic, highly detailed model castles and other medieval implements that adorn his office, know why he believes he is “trapped in the wrong century.”