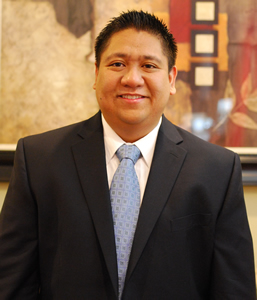 Mr. Odoca is admitted to practice in California and is a member of the Orange County Bar Association and the International Foundation of Employee Benefit Plans. He is also a member of the AFL-CIO Lawyer’s Coordinating Committee.   He is a firm believer in the labor movement.  His interest in the movement was sparked when he took a class taught by Dolores Huerta as an undergraduate student at USC.  Mr. Odoca was born and raised on the U.S. island territory of Guam. Outside of the office, he enjoys spending sunny days outdoors with his wife, kids, and shih tzu.